We have provided exceptional eye care to patients in Bradenton and throughout Manatee County for over 30 years. In 2000, Dr. Pope set out to restore a local landmark – the former train depot located in downtown Bradenton. His vision became a reality with the completion of The Eye Depot, which was named a Florida Heritage Site in 2004 and has even been used as a site to film Hollywood movies. The Eye Depot features state-of-the-art facilities and equipment, providing every tool our ophthalmologists need for management of vision problems and eye diseases.

History of the Bradentown Depot

The Atlantic Coastline Railroad Company Passenger and Freight Depot Bradentown Florida, built c. 1925, became the Bradenton Depot when Bradentown dropped the “w” from its name. The historical significance on local and state levels was tremendous as its completion created a terminus of rail, road and water travel in Southwest Florida, connecting freight shipments from the piers on the Manatee River and shipping of agricultural products north, along with bringing passengers and tourists south during the expansion boom. The depot served the area from the time of the economic boom, through the depression, up to and including the great Florida growth period. Its era of significance was from 1925 to 1952. The 9000-square-foot Mission/Spanish Colonial Style Revival building was constructed at a cost of approximately $80,000 and still stands on its original location. The building fell into disrepair in the 1990s, with the roof falling in and facing condemnation. It was purchased by Daniel B. Pope, M.D. of Bradenton. With a great love of railroad tradition, he brought the depot back to its original glory with red tiled roof, and white stucco trimmed in red brick. 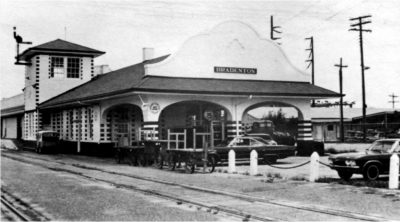 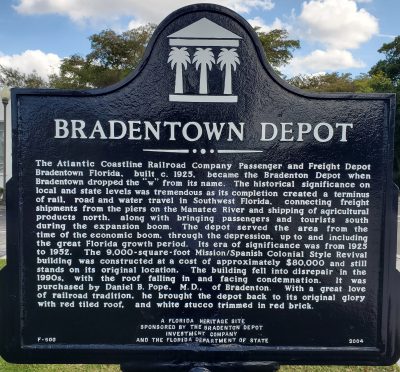 We will do whatever it takes to offer our patients the highest quality eye care available.

WE PLAN TO GET THERE: